Cameron Watts is in his second season leading our OMS runners as Head Coach of our Cross Country and Track and Field teams. Cameron ran four years cross country and track at Los Gatos High School before knee issues halted competitive running. While on the Los Gatos Cross Country and Track teams, Watts won the De Anza League all four years and was a perennial Central Coast section top three team and California top ten team. Cameron has the unique distinction of being the slowest kid on the freshman cross country team to becoming one of the top runners in the state his senior year. In high school, Cameron ran a sub 4:25 mile and sub 9:45 two-mile.

Cameron has continued running throughout his adult life whether that be up the numerous great hills in SLO, in half marathons or in Spartan races. 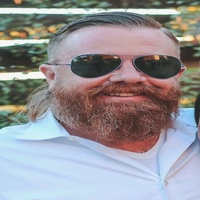 Cameron graduated from Cal Poly with a B.S. in journalism and received his masters of business from St. Mary’s of California. Cameron coaches his son/daughter’s baseball teams and currently manages the finances for San Luis Obispo Youth Baseball and San Luis Obispo Tigers Club Baseball.