Coach Patience’s tennis career started on the Central Coast when she began playing tennis for San Luis Obispo High School. It was there where she received her favorite *almost* award of her career. At age 16, Patience and her mom competed in a tournament that took them throughout southern California, before narrowly missing the championship seed to play at the U.S. Open in New York. Patience continued to play in tennis tournaments while attending Cuesta College and Cal Poly. 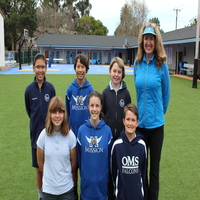 At Cal Poly, Patience studied kinesiology with an emphasis in teaching. She says she realized early on her passion was teaching kids something they could do to stay fit their whole lives. Following graduation, Coach Patience joined the staff at Old Mission School and has remained with the school for the last 32 years. Coach Patience has also been coaching tennis at Mission College Prep for 16 years. Her team hosts MCP’s only CIF championship for tennis, winning the championship in 2018.

In 2018, Patience started the OMS Tennis and Golf Club for 6th-8th graders. The club is the only one of its kind in the area. 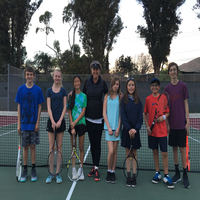 In addition to her commitments to students at OMS, Patience teaches underprivileged kids from Pismo all the way to Palm Spring how to play tennis as part of the Poncho Gonzalez Foundation. Coach Patience became a USPTA Tennis Pro in 2012 and uses her skills when school is not in session to teach classes for the parks and recreation departments in Pismo Beach, Arroyo Grande, and San Luis Obispo. 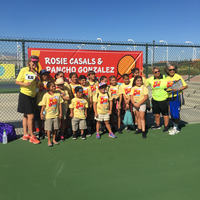 When she’s not on the court, green, or in classroom, Coach Patience can be found hiking and line dancing.