In her first season with Old Mission School, Maia Dvoracek brings a ton of volleyball knowledge and experience to OMS Athletics. An All-American at Cal Poly in 2019, Coach Dvoracek was named to the 2020 National Collegiate team in 2020. 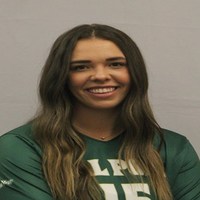